PALFINGER's marine business supplies various hydraulic skidding systems for the transport of heavy loads on both offshore and onshore installations.

PALFINGER delivers “Gripper Jack” and “Claw” type skidding systems for moving heavy loads along beams with high positioning accuracy, making sure the load is transported safely into its position. 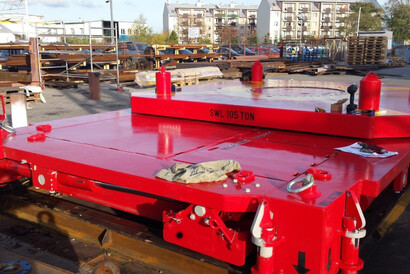 If you want to contact us, please get in touch with the following, responsible department for Lifting and Handling Equipment.