PALFINGER offers a complete range of new high-quality generation hooks that come directly from the frontline of product development, techniques and regulations.

PALFINGER's SeaCure lifeboat release and retrieval systems (the new name for hooks) meet or exceed all IMO requirements and have an optional industry-recommended Secondary Safety System. The design is based on years of experience and feedback in service. It is safe to use and simple to operate and maintain. The SeaCure hook improves safety of crews and increases their confidence in their lifeboats.

PALFINGER is the expert in re-hooking. 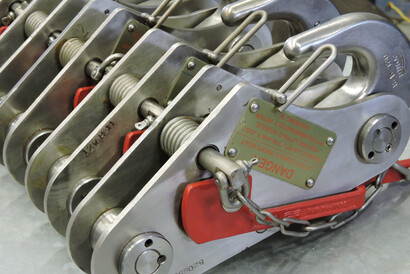 At the 89th session of the Maritime Safety Committee (MSC 89 - May 2011), the IMO adopted amendments to SOLAS Chapter III and the LSA Code, as well as related Guidelines for the Evaluation of Existing On-load Lifeboat Release and Retrieval Systems (LRRS). These adopted requirements apply to On-load Lifeboat Release gear systems of existing lifeboats requiring that these systems will have to comply with the guidelines of IMO Circular MSC.1/Circ.1392

Q: To which requirements is the PALFINGER MARINE SeaCure release gear system complying?

Q: Is it necessary to fit Secondary Safety Systems (SSS’s)?

A: There is no mention of SSS’s in MSC89/3/4. However, during the working group discussions at DE55 the use of such arrangements was strongly supported by various NGO’s. There are indications that some customers will require (demand) such an arrangement in addition to the regulations. This is why PALFINGER MARINE has incorporated this into their hook design as an additional option.

Q: What does this mean for ship owners?

Every release gear system which is compliant (or compliant after modification) should be subject to an one-time follow-up overhaul examination according to annex 1 to the Measures to prevent accidents with lifeboats (MSC.1/Circ. 1206/Rev1) by the manufacturer or one of their representatives. 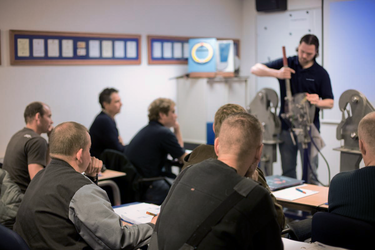 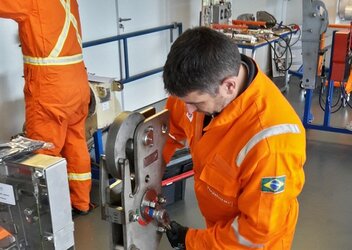 WHY CHOOSE PALFINGER AS YOUR RE-HOOKING PARTNER?

PALFINGER's marine business has the industry’s largest global service network, with service teams available close to the world’s most important ports or waters.

This means that we can mobilize the correct expertise quickly and economically wherever you want to re-hook. PALFINGER is also the only lifeboat manufacturer with a substantial service organization operating in China, where 60 percent of all vessels dry-dock.

PALFINGER’s experience with re-hooking lifeboats enables us to offer a competitive, closed price. We understand that predictability of cost is in today’s ship-operation, and with PALGFINGER you can budget the required service and installation of hooks accurately.

Our PALFINGER’s SeaCure lifeboat release and retrieval systems are state of the art in the LSA industry. The versatile systems enable you to harmonize your fleet’s equipment.

Whatever brand of hook systems you might have installed in your fleet our service engineers has the expertise and experience needed to retrofit your systems according to the new regulations. But before they can get down to business, please remember that the key to a smooth re-hooking process lies in the preparations! Before we can start a retrofit on board, we also need sufficient time for engineering, calculations and obtaining approval from class society.

We prefer to start these preparations two months before the re-hooking date to ensure that engineering, class approval and tailor-made requirements are all ready in time. 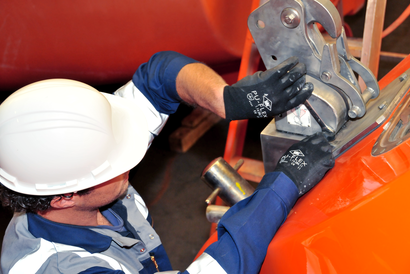 The SeaCure LHR M2 Lifeboat Release and Retrieval Systems (LRRS) have been designed and tested in compliance with the latest IMO regulations, and are based upon more than 85 years experience in developing lifesaving appliances. We offer our computer-based training as part of the hook offer. As your partner we will guide you through the rules and regulations, looking after your lifesaving appliances through our global service network, managed and monitored in our safety management system.

PALFINGER raft and rescue boat hooks are designed for release of davit, launched rafts and rescue boats. They come with an EC (wheel mark) certificate as standard and are fully SOLAS approved. Our hooks are also approved by Transport of Canada and USCG as well as a number of other classification societies. The hooks are made out of high quality stainless steel, in order to withstand the marine environment and are delivered with a five-year guarantee. 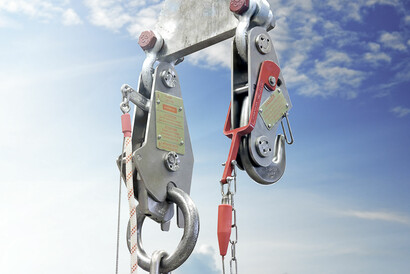